Arthur Rothstein arrived in the Dust Bowl in April of 1936. He was just 20 years old, the son of Jewish immigrants, born and raised in New York City. Fresh from Columbia University, Rothstein was the first photographer hired by Roy Stryker, his former professor. Stryker had Rothstein join him in Washington DC where Stryker was in charge of the Historical Section at the Resettlement Administration (RA). This was a New Deal agency that, from 1935 to 1936, assisted struggling farmers, industrial workers and their families. In 1937 the RA merged into the Farm Security Administration (FSA) and the Photography Unit continued to document the multitude of problems the nation was facing. Rothstein and the other FSA photographers took pictures that helped convince Congress that dollars were being well spent. Their social documentary photographs also showed Americans what the government was doing to help them through the Great Depression.

Rothstein—who learned how to drive a car in order to take the job—had been working for Stryker less than a year when he arrived at the homestead of Art Coble in rural Cimarron County, Oklahoma. There he shot the most famous photograph of his career. “I was about to get into my car when I turned to wave to Coble and his two sons,” Rothstein later remembered. “And I looked and saw this man bending into the wind, with one of the boys in front of him and another one behind him, and great swirls of sand all around, which made the sky and the earth become one. And I said to myself, ‘What a picture this is!’ and I just picked up my camera and went ‘click.’ One photograph, one shot, one negative.” The image Rothstein captured at the Coble farm was soon widely reprinted across the country, touching emotional chords with everyone who saw it, becoming the iconic picture of the Dust Bowl and one of the most widely reproduced photographs of the 20th century. 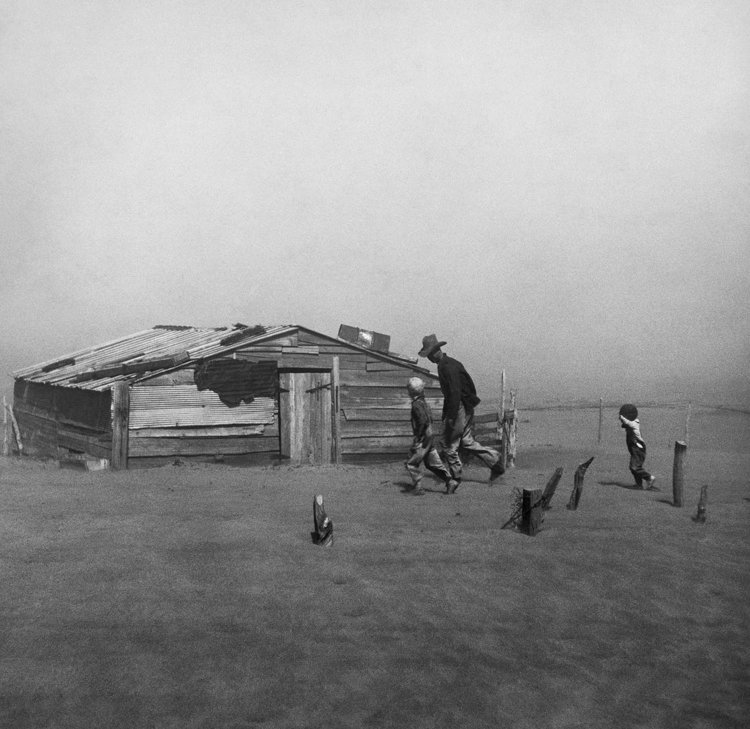 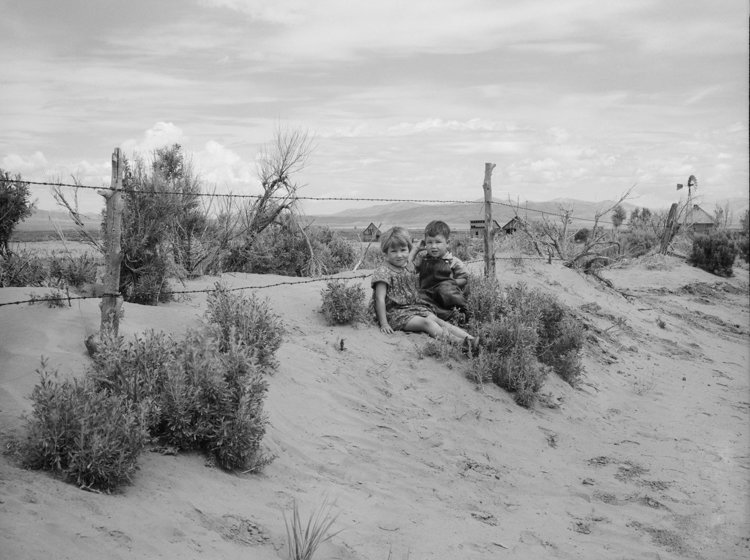 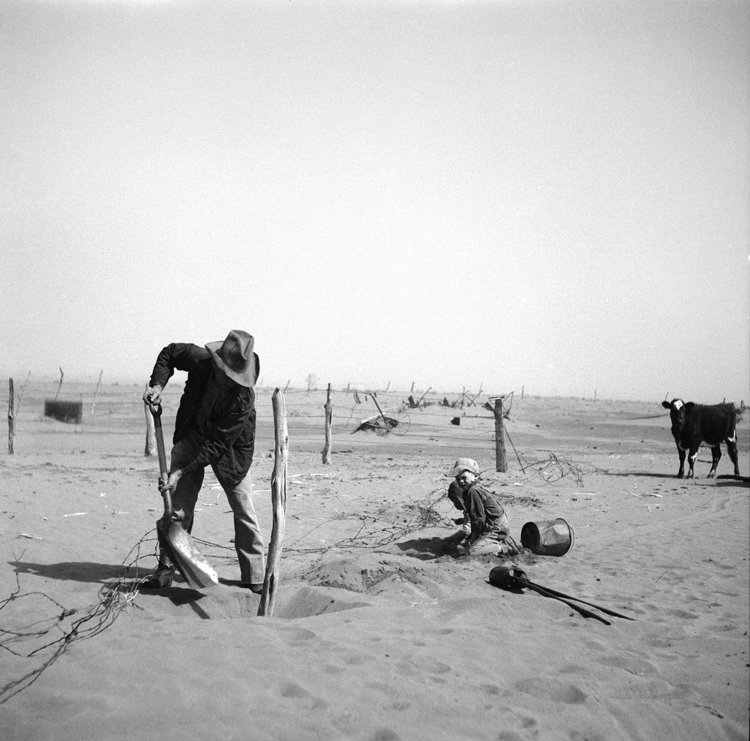 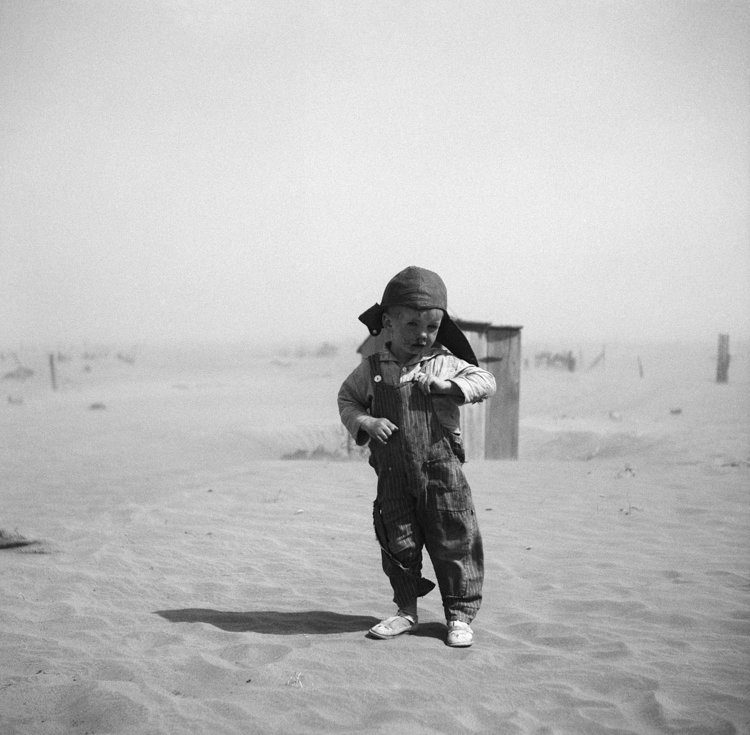